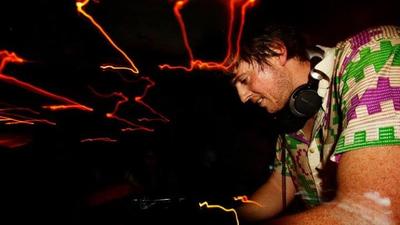 Daniel Broderick, a.k.a. Dani Boom is a pioneer of electronic music in Colombia. From raves to the club, from the club to the mainstage, DB has contributed with revolutionary sounds since 1996 along with Mutaxion collective, generating the bases for the current electronic scene across the country. He is a co-creator of Bogotrax Festival (2003-2013), the most important independent festival for electronic arts in Latin America, where artistic collectives of both national and international artists have participated.

Ever since 2006, Systema Solar, founded by DJ/Producer Dani Boom, has been part of the Colombian music wave which has travelled across every corner of the planet, reaching important stages, thanks to tours in Europe, and shows in festivals such as Glastonbury, Roskilde, Fusion, among others.

During the last years, Dani has organized events with international guests. Some of his guests have been Quantic, Nicokdemus and DJ Dolores. He has also assembled soundsystem with national artists such as Kike Egurrola, Edgardo Garcés “El Guajiro”, Chongo de Colombia, Marco Fajardo and La Ruka.

During the last few years, Dani Boom has been developing El Leopardo: a threepiece formed by Pedro Ojeda, Daniel Mitchel and Dani. The live shows are orchestrated by the visual work of artist Mateo Rivano.

"Dani Boom is the Colombian equivalent of our Laurent Garnier; and that is why his EP is a must for this spring" - BETC Pop

"Dani is a bit of a rave legend in his hometown and this record encapsulates everything that’s diverse and exciting about Bogotá’s music scene right now." - Silicone Soul