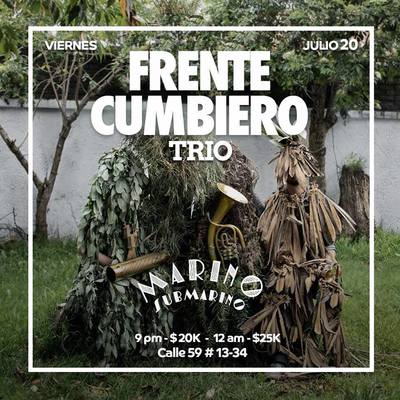 On the occasion of July the 20th, and right before leaving for the powerful tour they will offer in Asian territory, Frente Cumbiero will light up the night at Marino Submarino, in an unprecedented trio format. In addition, the project of Mario Galeano and company, will delight its audience with a share of upcoming releases that'll be officially released during the upcoming months. The tour in which the band will embark after their Marino gig, includes a date at Fuji Rock festival in Naeba, which marks the beginning of the long journey in which our favorite guacharaquero quartet will embark during the rest of the year. .