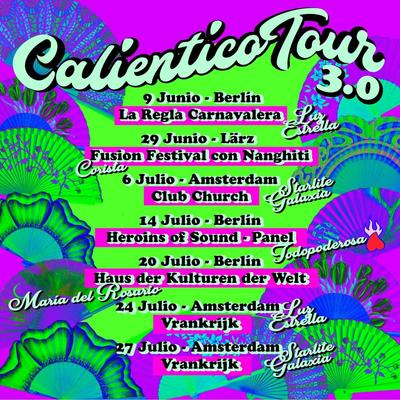 Haus der Kulturen der Welt once more sets the stage for one of our artists. In this case Maria del Rosario, one of our main collaborators as DJ, performer, graphic designer, and all-round creative spirit, is to perform a brand new set under her given name. Maria has performed for years in the underground house scene in Bogota and Europe as Starlite Galaxia and latin sets as Luz Estrella but now she has created a whole new being as Maria del Rosario.

Don´t miss her debut in Berlin´s house of culture on Colombia´s independence day.