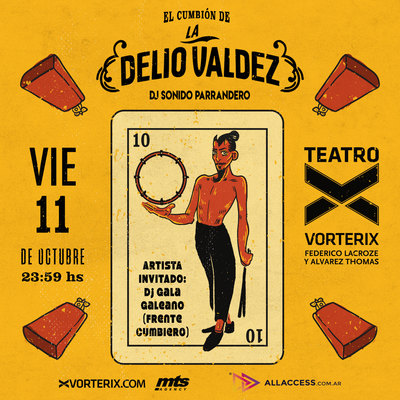 Gala Galeano, Mario Galeano´s DJ psedonym, is visiting the Americas from South to north. First the cities of Buenos Aires and Rosario in Argentina to play at the Vorterix theater with fellow cumbia musicians, La Delio Valdez, with whom we´ve recently released two new singles. Followed by Festival Bandera in one of Argentina´s largest and most active cities and then off the next weekend to San Antonio and El Paso, Texas in the U.S. for the opnening of the Hoppy Monk, a venue and bar that promises to feature the best of the latin alternative culture. In Texas, Mario will play next to Pocza from the Mexican collective Noche Negra.