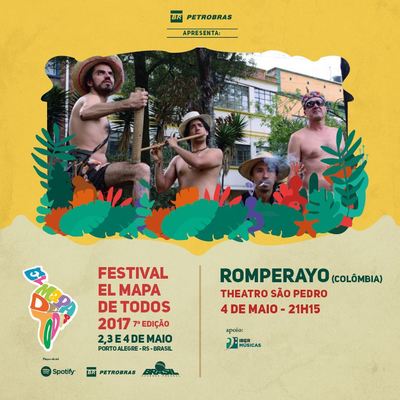 The band directed by drummer Pedro Ojeda will arrive in Brazil for the first time in a tour soon to be announced. The 4 piece band will play the festival El Mapa de Todos alongside bands such as Os Boogarins, Daniel Drexler and Francisco, El Hombre.

This tour is possible thanks to a grant from Ibermúsicas.