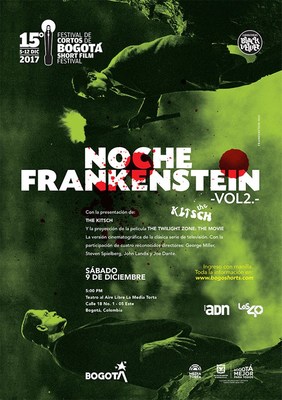 The Kitsch will be the musical protagonist during Bogotá's Short Film Festival (Bogoshorts)'s Frankenstein Night. The event will be held on Saturday, December 9th in Teatro al Aire Libre La Media Torta, and besides including our favorite garage rock band's shrill and elegant sound, the film version of Rod Serling's legendary TV series The Twilight Zone, directed by George Miller, Steven Spielberg, John Landis and Joe Dante, will be projected.

Do you want to attend this event full of suspense and rocking noise? Let us know at sabebueno@biche.com.co and find out how to claim your tickets.