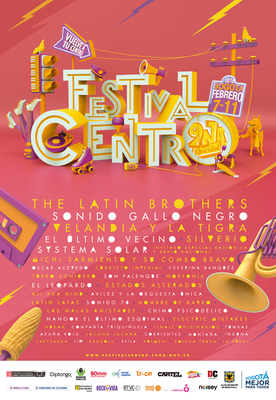 As it is usual at the beginning of every year, Festival Centro takes over Bogotá with a fantastic lineup, and this time around it's loaded with legends of Colombian and Latin American sound such as The Latin Brothers, Sonido Gallo Negro, Michi Sarmiento y su Combo Bravo, as well as a solid share of new local projects which includes (among many others) our good friends of El Leopardo. The project commanded by Dani Boom, will be back more pumped up than ever, after a succesful European tour back in December, and it's looking forward to kickstarting the year 2018, which will be filled with lots of actitvity for the band.

El Leopardo will perform on February the 7th during the festival's opening.