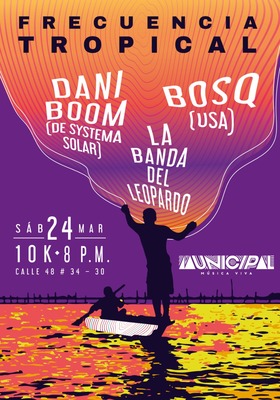 Next Saturday, March 24th, Dani Boom will be in charge of lighting up the next edition of Frecuencia Tropical: one of the most savory parties in Bucaramanga, which reunites sounds of Cumbia, Funk, Salsa, House, Champeta and more in one single space.

Dani will be joined by Bosq, American DJ and producer, who’s also a former member of Whiskey Barons, as well as La Banda Del Leopardo, directly brought from the Alfonso López stadium.